Any attempt to glimpse the woman behind the legend must consider the period in which she lived, the forces arraigned against her, and the society which gave rise to her. Ireland in the early decades of the sixteenth century consisted of two distinct cultures. Dublin, its bordering counties and the coastal cities were technically English and regarded their hinterland with fear. It was a frontier society. The rest of the country was composed of the Gaelicised Old English and the native Irish. Living within autonomous territories, they enjoyed traditional pastimes such as stealing cattle, poaching castles, feuding, intermarrying and vying for domination. A system of clientship existed; weaker families aligned themselves to powerful ones, and bonds were cemented by means of tribute, military aid, marriage and fosterage. The Uí Máilles were clients of MacWilliam Iachtarach, or the Mayo Bourkes, and in turn had clients of their own. Strict laws governed all formal aspects of these relationships; a complex interdependency bound the families together in a hierarchical society in which status and pride were of paramount importance.
Henry VIII was the first English monarch to proclaim himself ‘king of Ireland’, thus signalling a profound change in official Crown policy. Henceforth, English monarchs would no longer be content to hold what they had in Ireland and seek only to halt the Gaelicisation of the Old English. A series of measures were introduced to establish a centralised system of government and to Anglicise the entire population. Policies such as ‘Surrender and Regrant’ proved attractive to many of Ireland’s ruling élite. In 1541 the MacWilliam Uachtarach—of the Galway Bourkes—became the earl of Clanricard. By the following year O’Neill was earl of Tyrone, Fitzgerald was earl of Desmond and O’Brien was earl of Thomand. Neither the MacWilliam Iachtarach nor the Uí Máille availed of the king’s largess. 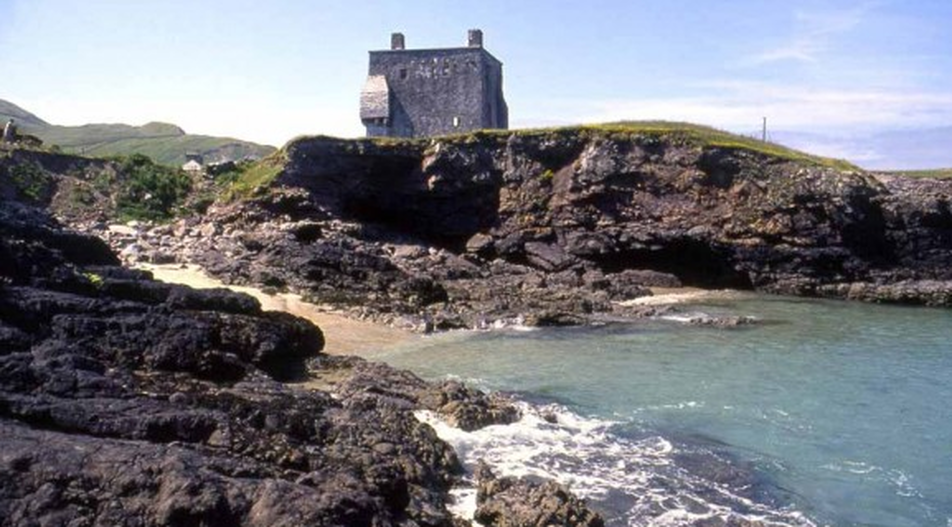 Granuaile's Castle on Clare Island
It was during Elizabeth’s reign that real inroads were made into Gaelic Ireland. Settlement and plantation by English-born adventurers, many of whom acted as Crown officials, was encouraged and English writ began to penetrate to the farthest reaches of the island. Elizabeth’s commitment to the Reformation, coupled with the usurpation by newcomers of the privileges of the old ruling classes, inevitably led to violence and social upheaval.
Gráinne was a member of the Gaelic aristocracy. Born around 1530, she was the only child of Owen Dubhdara Uí Máille, the O’Malley of Umhall Uachtarach, and Margaret Ní Máille. The O’Malleys, and their neighbours in Iar Chonnacht, the O’Flahertys, were unusual among Gaelic families in that they earned their living from both land and sea. Dubhdara Uí Máille traded raw materials in exchange for luxury goods, ferried Scottish mercenaries, fished, plundered, engaged in opportunistic piracy, and levied a toll on all shipping in Uí Máille waters. They existed as an independent clan, paying and receiving tribute.